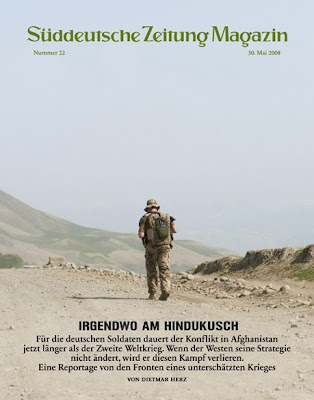 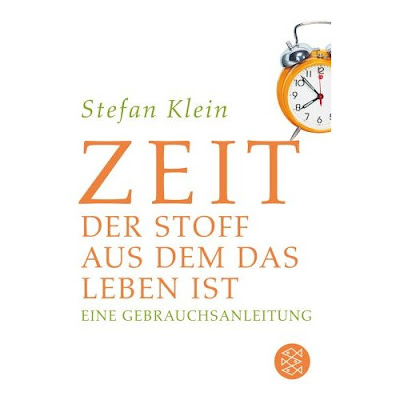 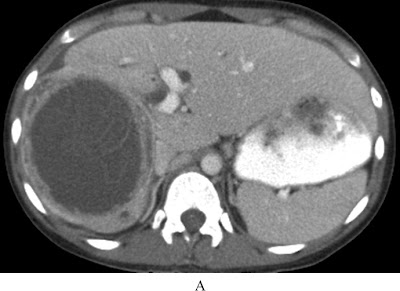 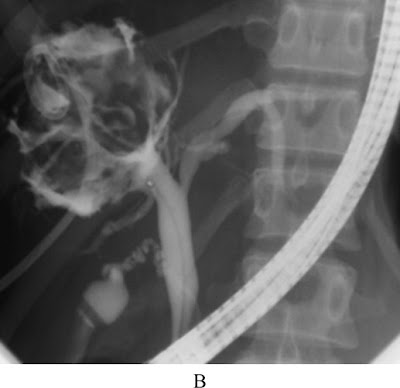 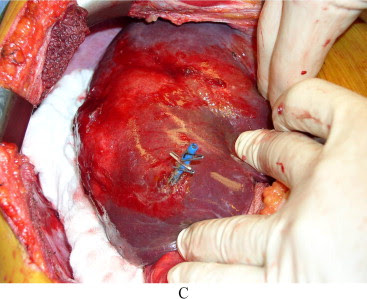 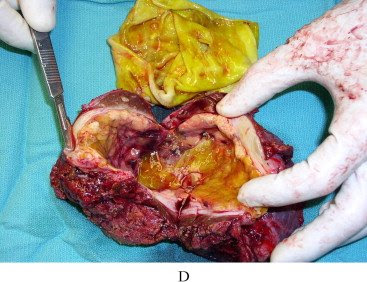 A 24-year-old woman, who had recently emigrated to the United States from Kyrgyzstan, presented with a 6- to 8- month history of mild epigastric and right upper quadrant discomfort. The patient had no jaundice, fevers, chills or nausea. Imaging at an outside facility showed a 12×12×11-cm encapsulated cyst in the right hepatic lobe, and echinococcal serologies were positive. The patient was started on albendazole therapy, and later underwent percutaneous drainage and attempted cyst ablation with hypertonic saline administration, the Percutaneous Aspiration, Infusion of scolicidal agents and Reaspiration (PAIR) procedure. During this procedure the cyst was self-contained with no evidence of communication between the cyst and the biliary system. The patient had serial ablations with hypertonic saline and drainage, resulting in some decrease in the size of the cyst.
Five months after the fourth and last procedure she was admitted to our hospital with increasing abdominal pain and jaundice, attributed to either partial obstruction from the cyst or cholestasis secondary to isoniazid therapy (initiated for a positive PPD test 7 months before admission). Abdominal CT showed a septated 10.6×8.8-cm right hepatic lobe rim-enhancing hypodensity compatible with the echinococcal cyst and mild intrahepatic biliary ductal dilatation (A), and ductal dilatation of the proximal common bile duct (CBD) to approximately 1.8 cm. The irregularly walled cyst appeared to communicate with the CBD with suspected extrusion of cystic membranes into the CBD.
An ERCP (B) showed extravasation of contrast from the right intrahepatic duct into the intrahepatic cyst and mild intra- and extrahepatic ductal dilation. A biliary stent was placed, resulting in purulent drainage into the duodenum. A percutaneous catheter placed into the abscess resulted in improvement in the patient's clinical symptoms.
The patient later had a partial hepatic resection (C, in situ cyst within the liver with a transected percutaneous catheter is shown exiting the parenchyma).
The specimen (D) contained an 11×6.3×4.0-cm cavity circumscribed with a focally hemorrhagic fibrous wall. The lining of the cavity was golden tan and slightly undulated. Focal peliosis hepatis and an acellular hyalin-laminated cyst wall were also noted. Surgical pathology found no scolices within the cyst specimen.

Hydatid disease is caused by a cestode called Echinococcus granulosus and can be found worldwide, especially in grazing areas where dogs (the definitive host) have access to intermediate hosts such as sheep, goats, other herbivores, and occasionally humans. This condition is rarely found in the U.S., but is endemic in Central Asia, South America, and the Mediterranean basin.1 Clinical management of hepatic cysts often includes albendazole therapy in combination with either surgery or the PAIR procedure. With larger liver cysts (diameter >10 cm), such as the one in this patient, resection remains the preferred option.
In this patient, the repeated manipulations of the echinococcal cyst with PAIR and hypertonic saline allowed a fistula to form with the biliary system, resulting in her clinical deterioration. It is important to remember that using protoscolicidal agents in the setting of a biliary fistula can cause sclerosing cholangitis or pancreatitis.2 Surgical management remains an important early intervention for patients with complex larger cysts. 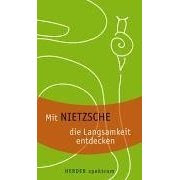 Decades of conflict have left Afghanistan's maternal health services woefully under equipped and under staffed. But a movement is underway to boost the number of trained midwives in the country, and amid the insecurity there are already signs of success. Declan Walsh reports.
The Afghani people have much to fear this year. Taliban insurgents are on the march, engaging western forces in battle, and the death toll is soaring—over 5000 deaths so far due to suicide bombings, beheadings, airstrikes, and roadside bombs, up 25% on 2006. But for Afghan women, the greatest peril is not bombs or bullets—it is the act of giving birth. On average one Afghan woman dies every 30 minutes from pregnancy-related causes. The national maternal mortality rate is 1600 per 100 000 livebirths, second only to Sierra Leone.
An expectant mother faces colossal problems in seeking professional help. The road to a hospital or clinic may be rutted, snow-filled, or crawling with armed insurgents. Her family might be too poor to afford a car or a taxi fare; a 4 hour donkey ride could be too painful. Male relatives may discourage her from going to hospital, fearing the comments of sneering neighbours. The local mullah may be even sterner.
Hannah Gibson of JHPIEGO, an aid agency affiliated with Johns Hopkins University in Baltimore, remembered one pregnant woman with high blood pressure who had been taken to the local mullah in search of a cure. The mullah beat her to banish the evil spirits inside her. “By the time she got to hospital she had been beaten black and blue and the baby was dead.”
There are stark regional variations in the level of care for women. Hospitals in major towns are often well resourced but swamped with clients. Kabul's Malalai Hospital delivers 18 000 babies a year. In the distant provinces, the situation is more dire. In Badakhshan, a mountainous province on the northern border, some 6500 mothers die for every 100 000 livebirths—the highest ever recorded rate.
Cultural barriers and ingrained superstitions exacerbate the problems. Some Afghans, for example, believe that all running water is clean, or that liquids should be withheld from children with diarrhoea. In some places girls receive little medical care because of the privacy worries of domineering male relatives.
But there is hope. Since 2001, Afghan and western health workers have concentrated their efforts on this gargantuan problem, and progress is being made. A sharp fall in infant mortality is saving the lives of up to 40 000 children every year, according to a recent study by Johns Hopkins researchers. The investigators also note that the number of births assisted by a skilled health worker rose from 50 000 in 2002, to 190 000 in 2006.
A midwife training scheme has been key to that success. The British medical aid agency Merlin has trained 44 new midwives in Takhar, a northern province on the border with Tajikistan, since 2004, as part of a community-based programme. “In the beginning it was not easy”, said country director Paul Sender. “We had just 20 applicants for 20 places. It was considered a strange idea for a woman to go and live in a training compound, away from her family. They were being dissuaded from coming, not through direct intimidation, but in a gossipy way at village level.”
Merlin overcame the suspicion with educational messages on local radio and television stations, and an exhaustive round of consultations with local religious leaders. It worked—in its last intake Merlin had 200 applicants for the same number of places.
Good wages help. A community midwife in a rural area can earn up to US$350 per month, a huge salary by local standards. But the need remains acute. Across the country there are only 2200 midwives against an estimated need of between 6000 and 8000.
“The amount of money you could pour into the health system is limitless”, admits Sender. “But things are changing. We have newly constructed clinics, working midwives, and mothers delivering babies. It is moving in the right direction.” 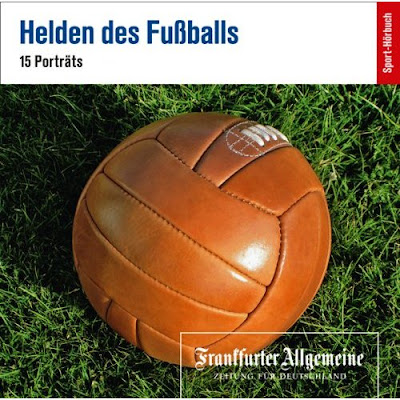 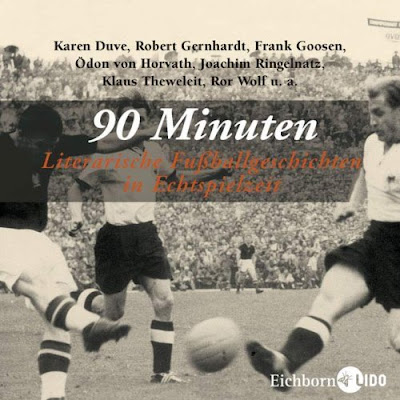 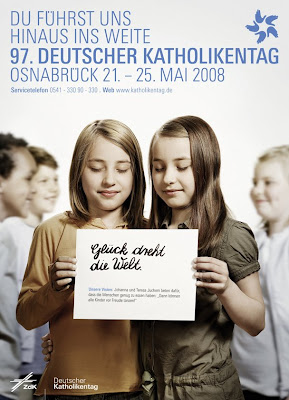 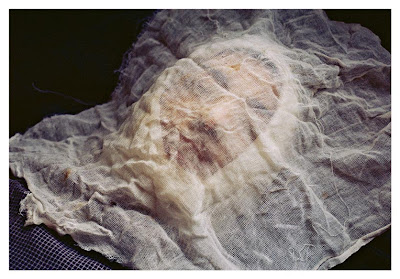 "My 18-year-old sister did not want to marry this man and asked my father several times not to give her to the farmer. But he ignored her pleas. One day I heard that my sister had taken petrol and committed self-immolation."
These findings suggest that despite substantial efforts toward improving health and human rights in Afghanistan, persistent conditions permit violence against women, and Afghan women and girls continue to turn to the desperate remedy of self-immolation. Women and girls appear to see this horrifying act as a means of both escaping from intolerable conditions and speaking out against abuse, since their actual voices do not bring about changes that would allow them to lead safe and secure lives. More programmatic work is clearly needed to prevent and intervene in violence against women and to support existing policies aimed at improving the lives of Afghan women and girls. 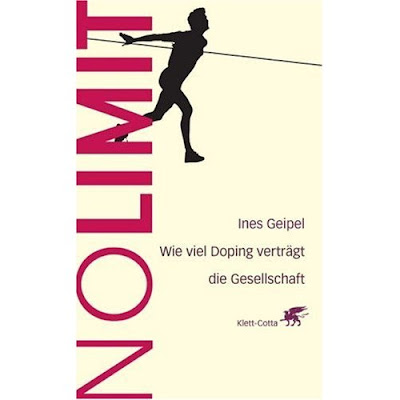 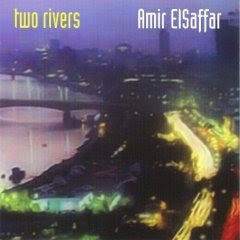 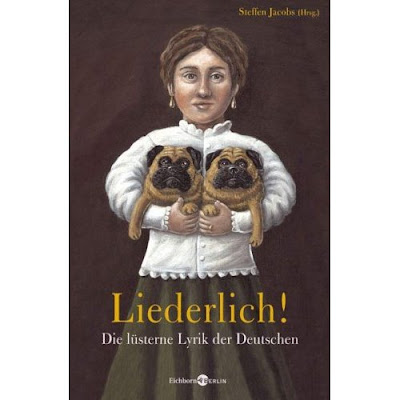 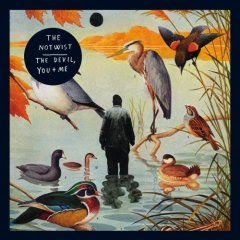 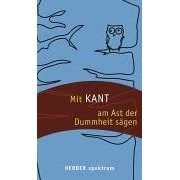 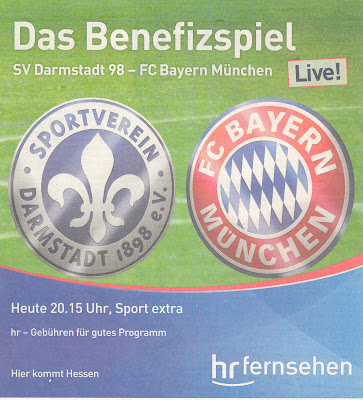 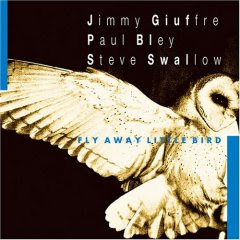 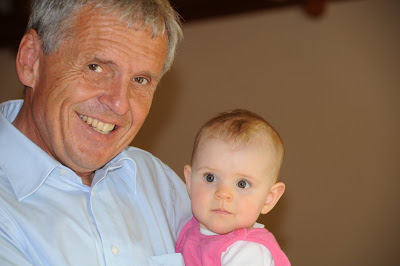 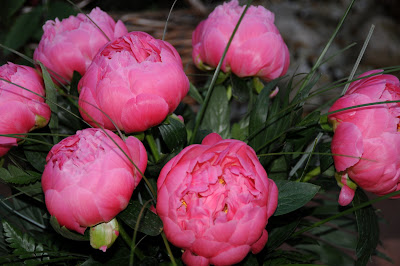 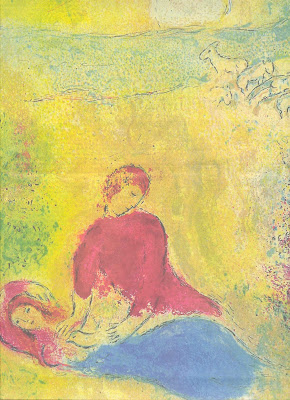 A 41-year-old woman was brought by her husband to the emergency department with a history of 72 hours of epigastric pain, nausea, repeated vomiting, and altered mental status. Her blood calcium was found to be 18.9 mg per deciliter (4.7 mmol per liter). 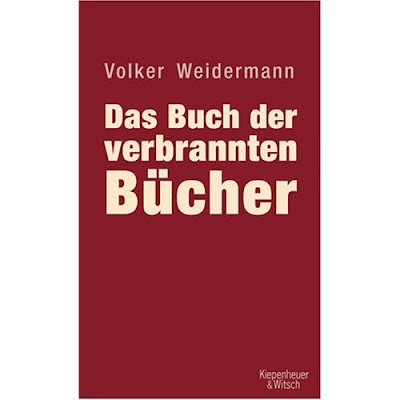 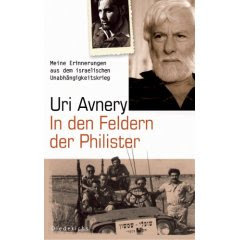 The primary aim of Gush Shalom is to influence Israeli public opinion and lead it towards peace and conciliation with the Palestinian people, based on the following principles:
Putting an end to the occupation,
Accepting the right of the Palestinian people to establish an independent and sovereign State of Palestine in all the territories occupied by Israel in 1967,
Reinstating the pre-1967 "Green Line" as the border between the State of Israel and the State of Palestine (with possible minor exchanges of territories agreed between the parties); the border will be open for the free movement of people and goods, subject to mutual agreement.
Establishing Jerusalem as the capital of the two states, with East Jerusalem (including the Haram al-Sharif) serving as the capital of Palestine and West Jerusalem (including the Western Wall) serving as the capital of Israel. The city is to be united on the physical and municipal level, based on mutual agreement.
Recognizing in principle the Right of Return of the Palestinian refugees, allowing each refugee to choose freely between compensation and repatriation to Palestine and Israel, and fixing by mutual agreement the number of refugees who will be able to return to Israel in annual quotas, without undermining the foundations of Israel.
Safeguarding the security of both Israel and Palestine by mutual agreement and guarantees.
Striving for overall peace between Israel and all Arab countries and the creation of a regional union. 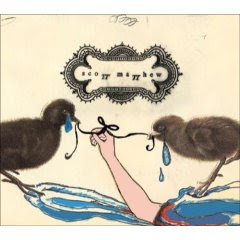 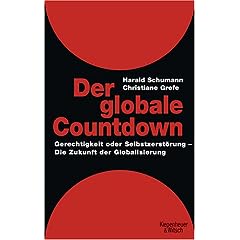 The medical mystery in the March 6 issue1 involved an 82-year-old woman who presented with respiratory symptoms and then, 6 years later, presented with epigastric pain, nausea, and vomiting. During her first visit, an intrathoracic stomach and an asymptomatic partial gastric volvulus (Panel A, arrows) were diagnosed. The patient refused any intervention at that time. She remained asymptomatic until she presented with the epigastric pain, nausea, and vomiting. An upper endoscopic study showed twisting of gastric folds, and the endoscope could not be advanced beyond 5 cm from the gastroesophageal junction. A barium study (Panel B) and a computed tomographic scan of the chest and abdomen (Panel C) showed an organoaxial gastric volvulus and an intrathoracic stomach (arrows). The patient continued to refuse surgical intervention, but her symptoms resolved without treatment. At a follow-up visit 12 months later, she remained free of symptoms.
NEJM Volume 358:1968-1969 May 1, 2008 Number 18
Eingestellt von schiwagos Blog um 06:10 Keine Kommentare: 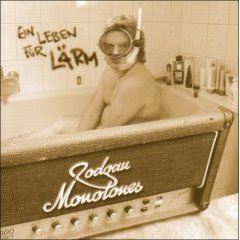