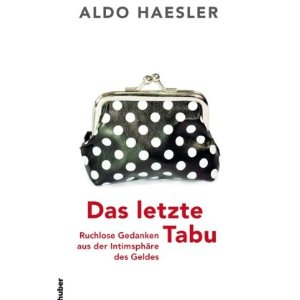 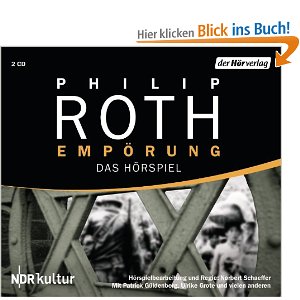 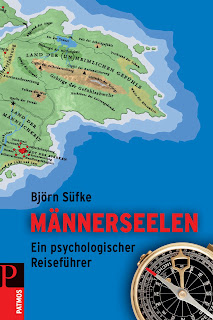 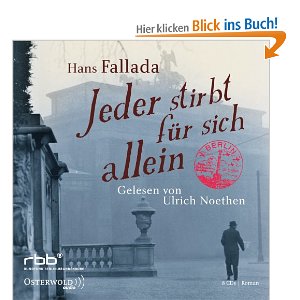 “To say it was a deeply planned activity would be dishonest”, Paul Biondich tells me over the phone. I've dragged him out of a conference call with Kenya to discuss OpenMRS, an open source electronic medical record system platform. If he minds, it doesn't show: he talks rapidly and enthusiastically about the project. Paul, co-founder and president of OpenMRS, has a clinical background in paediatrics: he also works as the Director of the WHO Collaborating Centre in Health Informatics, and helps coordinate informatics activities in a large health systems strengthening activity in western Kenya called AMPATH. It was during a visit there that the idea for OpenMRS was generated: he saw “very finite resources, but a developing health system”. What was needed, he realised, was a record system that was easy to use, adaptable, and based around the needs of clinicians on the ground.
What is open source? In brief, it means that instead of software being developed by one company, delivered “shrink wrapped” and protected by copyright, it is free and open to further development by the user. To some, it is a philosophy—almost a religion—to others, it is simply a practical way to get things done. Paul is definitely in the latter camp. Initially tentative about open source, he grew to see its advantages after discussion with colleagues working with health-care systems in other developing countries. He realised that whilst for any one individual to create a whole system would not be possible, inviting collaboration between individuals across the globe could deliver a free, sustainable system. The philosophy, he says, is to “build the hardware store, rather than the whole house directly”. The latest version of OpenMRS was developed by around 50 contributors worldwide, a mixture of philanthropic individuals and corporations. At the user end, he says, everything is free. All OpenMRS asks is that if you have the answer to a question posted by other users, you respond to it. Unsurprisingly, over 40 countries have implemented it at one level or another, from individual clinics to whole nations.
I investigated further with the demo version of OpenMRS, available on the website. I found it simple, clean, and easy to use. It feels like a system that has been carefully honed and refined by user feedback. Paul points out that pluggable modules are also being developed that can build on its basic functionality. The site is well worth a visit from anyone interested in global health: OpenMRS is one of the unsung heroes of the movement.
Eingestellt von schiwagos Blog um 05:10 Keine Kommentare:

If everyone who undertook to teach and write something”, Galen writes, “would first demonstrate these things with deeds, overall few false things would be said”...

The Lancet - Sites of Interest

Sites of interest
My first attachment as a clinical student was with a gastrointestinal surgery firm. How well I remember consulting hastily scrawled pieces of paper before the ward round in preparation: and how I wish apps such as Abdominal Examination had existed. It provides a concise overview of abdominal history and examination, complete with pictures. The only major problem is the omission of gynaecological causes of pain. Peace of mind on the surgical ward round is £5·49 from iTunes.
A surprise hit, the Scottish Intercollegiate Guidelines Network app provides pocket-sized summaries of evidence-based treatment recommendations. It is available free for iPhone and Android—no doctor's phone is complete without it.
Eingestellt von schiwagos Blog um 05:07 Keine Kommentare:

Beginning in September 2012, the Food and Drug Administration will require larger, more prominent health warnings on all cigarette packaging and advertisements in the United States. These new labels mark the first change in cigarette warnings in more than 25 years and represent an important advance in communicating the dangers of smoking. The nine different text warnings and accompanying graphic images are designed to increase awareness of the specific health risks associated with smoking, such as addiction, lung disease, cancer, stroke, heart disease, and death.

It has taken me more than 30 years as a journalist to ask myself this question, but this week I find that I must: is the Left right after all? You see, one of the great arguments of the Left is that what the Right calls “the free market” is actually a set-up.
The rich run a global system that allows them to accumulate capital and pay the lowest possible price for labour.
Mehr
Mehr
Eingestellt von schiwagos Blog um 12:58 Keine Kommentare:

More than 800 universities have active iTunes U sites. About half of these institutions — including Stanford, Yale, MIT, Oxford, and UC Berkeley — distribute their content publicly on the iTunes Store.
In the Beyond Campus section of iTunes U, students and faculty can access a wealth of content from distinguished entities such as MoMA, the New York Public Library, Public Radio International, and PBS stations.

Turning the tide on conflicts of interest

fgodlee@bmj.com
The US Food and Drug Administration says it may loosen its conflict of interest policies (doi:10.1136/bmj.d5070). A shortage of independent experts means that its current rule—no more than 13% of advisers with industry ties—is delaying the introduction of new drugs, says its commissioner.
This attack of nerves is reminiscent of the New England Journal of Medicine’s U-turn in 2002, which reversed an earlier ban on commissioning editorials and reviews from authors with ties to industry. The journal said it had found that some fields could not be covered (N Engl J Med 2002;346:1901-2). Since then, like the BMJ and other major journals, it has asked authors to declare their financial and other competing interests and decides each case on its merits.
But the NEJM’s failed experiment ended 10 years ago and things have changed. Financial ties between academics and industry are now on the wane. As Jeanne Lenzer reports (doi:10.1136/bmj.d5070), a survey of over 3000 academics in 2009 found that half had no industry ties, and of these a third were full professors (Health Affairs 2009;28:1814-25). Critics of the FDA’s suggestion cite the fact that the proportion of panel members with industry ties is well below 13%. Although the vacancy rate on panels was high in 2009, they say it’s now falling.
So now is not the time for cold feet. If anything it’s time to push even harder. Industry’s influence on regulatory decisions is well documented. Quoted in Lenzer’s report, Curt Furberg cites the FDA’s vote on whether or not to withdraw valdecoxib. BMJ investigations found similar evidence of influence on decisions at the European Medicines Agency over oseltamivir (BMJ 2010;340:c2912) and rosiglitazone (BMJ 2010;341:c4848) And if seeking independent expertise does slow things down a bit, might that not be a good thing? Only last month, an FDA panel voted to withdraw the breast cancer drug bevacizumab, which had been given "accelerated approval" in 2008 (BMJ 2011;343:d4244).
Back tracking now on conflicts of interest would send the wrong message, especially to the EMA, which has some catching up to do. It still has a reputation for being more on the industry’s side than the public’s, not helped by its outgoing executive director Thomas Lönngren’s revolving door appointment as an adviser to industry (www.pharmatimes.com/Article/11-01-18/Ex-EMA_chief_joins_new_market_access_business.aspx).
WHO too is vulnerable to criticism on this score. A recent report on its handling of the A/H1N1 influenza pandemic concluded that it had not followed its own rules on conflict of interest and that these needed strengthening (BMJ 2011;342:d3378). Now it is under fire for proposals that would increase industry’s influence on how it sets its priorities (doi:10.1136/bmj.d5012). A word of warning to its director general: back in the 1990s, among those telling WHO to stick to its knitting and focus on infectious diseases in the third world were experts covertly funded by the tobacco industry (BMJ 2000;321:314, doi:10.1136/bmj.321.7257.314).
The FDA should stand firm. Not only is the tide turning in its favour, but strong policies are helping to turn the tide. So here’s a question: should the BMJ repeat the NEJM’s experiment and ban editorials and clinical reviews from authors with ties to industry? I’d welcome your views in rapid responses.
Cite this as: BMJ 2011;343:d5147
Eingestellt von schiwagos Blog um 06:22 Keine Kommentare:

Delivering healthcare in situations of conflict or violence

http://www.bmj.com/cgi/doi/10.1136/bmj.d4671
Urgent action is needed to improve security and delivery of effective and impartial healthcare in situations of armed conflict or widespread violence, according to a global campaign launched by the International Committee of the Red Cross (ICRC) today.
"This is timely," writes Professor Vivienne Nathanson, Director of Professional Activities at the British Medical Association, in an editorial for the BMJ. "Events in Libya, Bahrain, Yemen, and elsewhere make it clear that when people take up arms for whatever reason, violence perpetrated against healthcare facilities and personnel is all too common."
She adds: "In such contexts, healthcare is often suspended, withdrawn, or impossible. The wounded and sick are denied effective healthcare when hospitals are rendered non-functional by explosive force or forcibly entered by fighters; when ambulances are hijacked; and when healthcare personnel are killed, injured, threatened, or arrested for treating insurgents."
This view is supported by an ICRC study of violent events affecting healthcare, warning that "insecurity of healthcare is one of the biggest, most immediate, and yet unrecognised humanitarian problems in today's conflicts."
As a result, the ICRC has pledged to actively promote measures to improve security and the delivery of healthcare in its entire field of operations. For example, to better protect hospitals from the effects of explosive force, deter armed entry into healthcare facilities, and ensure ambulances are given rapid and unhindered passage.
Professor Nathanson points out that these measures "clearly do not lie within the health community but in the domain of law, politics, humanitarian dialogue, and operating procedures of military bodies."
But, she says, the ICRC's study and work highlights two broad roles for the health community. Firstly, healthcare professionals who are likely to be working in insecure environments must have adequately training on how medical ethics apply in these different and difficult circumstances.
Secondly, she says there is a need to build a community of concern that goes beyond the health community to those who are in a position to ensure security of healthcare in places and situations where they are most needed.
Contact:
Vivienne Nathanson, Director of Professional Activities, British Medical Association, London, UK
Email: ftranza@bma.org.uk
Eingestellt von schiwagos Blog um 05:23 Keine Kommentare: 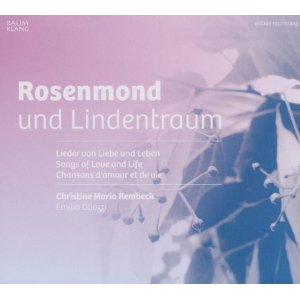 Worldwide, a child born in 1955 had an average life expectancy at birth of only 48 years.1 By 2000, the average life expectancy at birth had increased to 66 years and, if past trends continue, is projected to rise to 73 years by 2025.1 These improvements in longevity have resulted from improved living conditions overall, advances in medical science, and a number of population-level interventions. However, major disparities persist. During the past decade, in low-income countries, average life expectancy at birth increased from 55 to 57 years (3.6%), while increasing from 78 to 80 years (2.6%) in high-income countries.2 Analogous to the recent MMWR report highlighting 10 public health achievements that occurred in the United States over the first 10 years of the new century, this report describes global public health achievements during the same period.3 Experts in global public health were asked to nominate noteworthy public health achievements that occurred outside of the United States during 2001-2010. From them, 10 have been summarized in this report. As with the previous report, the 10 global public health achievements are not ranked in any order. Additional information regarding these achievements is available at http://www.cdc.gov/mmwr/preview/mmwrhtml/mm6019a5_addinfo.htm
Mehr
Eingestellt von schiwagos Blog um 14:31 Keine Kommentare: