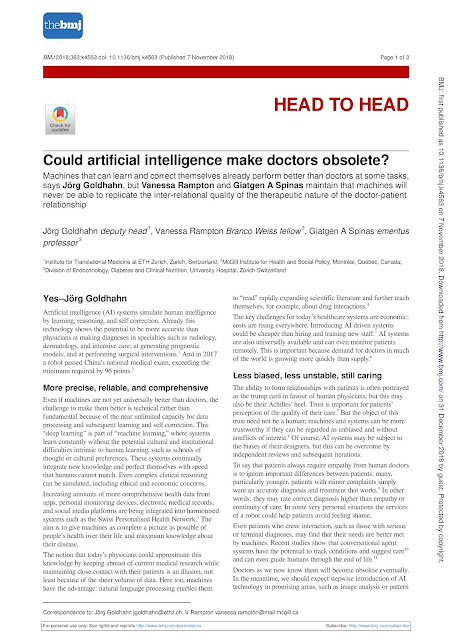 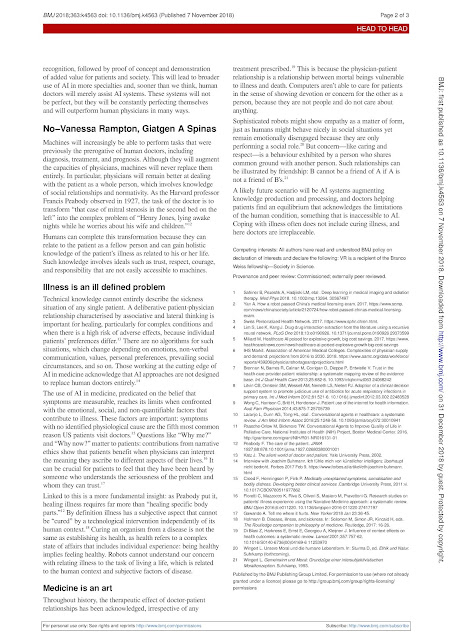 For Whom the Bell Tolled

The 100th anniversary of the 1918 influenza pandemic is an occasion to pause and remember all those who died. The influenza pandemic caused an uncertain number of deaths, but estimates place it at about 50 million. At the time of the pandemic, most families had at least one member or knew someone who succumbed to the disease. My great-grandmother died of 1918 influenza, leaving behind seven children. The fear of another pandemic scarred the following generations. Among the victims of the 1918 influenza pandemic there were also some famous artists whose creative trajectory was suddenly stopped.
Mehr
Eingestellt von schiwagos Blog um 15:31 Keine Kommentare: 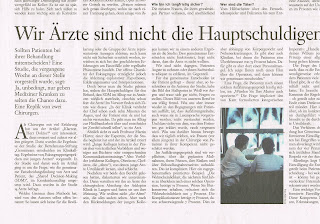 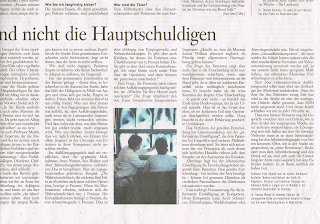 Disentangling ourselves from “Big Formula”

Fiona Godlee, The BMJ
Despite decades of effort to curb the promotion of infant formula, sales are flourishing and breastfeeding is in decline, especially in the UK. Earlier this year we heard about the resurgent influence of “Big Formula,” with industry lobbying and funding for medical education harming babies and mothers around the world (doi:10.1136/bmj.k3577). This week we investigate one small but influential corner of the multibillion pound formula industry: the promotion of specialist formula for treating cow’s milk protein allergy (CMPA).
Chris van Tulleken finds a worrying range of deeply embedded relationships between formula manufacturers and doctors, dietitians, and professional bodies (doi:10.1136/bmj.k5056). The bones of the story are familiar. International guidelines are funded by the industry and written by experts who have their own industry ties. These guidelines, widely promoted to clinicians and the public through industry funded charities and educational meetings, promote the idea that non-IgE mediated CMPA causes a range of common non-specific symptoms, including colic, reflux, loose stool, and skin rash. Mothers are advised to exclude cow’s milk from their diet, which makes breastfeeding harder to maintain. Those who abandon exclusive breastfeeding are advised to use specialist formula. In contrast to IgE allergy, there is no diagnostic test for non-IgE CMPA, making it especially vulnerable to industry exploitation.
The tactics are clearly working. Between 2006 and 2016 in England numbers of prescriptions for specialist formula rose by nearly 500% to more than 600 000 a year, and the NHS now spends over £60m (€67m; $76m) a year, an increase of nearly 700% in the past decade. Some infants do have CMPA, but van Tulleken finds no evidence of such a huge hike in prevalence that would justify this surge in prescribing.
The story has all the hallmarks of overdiagnosis fuelled by commercial interests. To tackle this we will need experts who are free from financial conflicts to decide on tighter diagnostic criteria, draw up independent clinical practice guidelines, and deliver unbiased medical education. We also need clinicians and professional bodies to disentangle themselves from industry and to give their unconflicted support to breastfeeding.
The BMJ and its sister journals accept advertising for specialist breastmilk substitutes. The advertisements must be legal and honest and meet advertising standards, and we expect all claims of health benefit to be supported by published peer reviewed research. Last year the BMJ company received £200 000 for advertisements for breastmilk substitutes.
In light of van Tulleken’s investigation and our own growing concerns about the effect of aggressive promotion of breastmilk substitutes on rates of breastfeeding around the world, we are reviewing our policies on accepting advertising for these products. We welcome your thoughts on the issue and will report back in the new year.
Follow BMJ Editor Fiona Godlee on Twitter @fgodlee and the BMJ @bmj_latest
Eingestellt von schiwagos Blog um 09:54 Keine Kommentare:

The growing problem of diabetes

Fiona Godlee, The BMJ
Type 2 diabetes affects nearly 10% of the world’s adults, and rates are rising rapidly, especially in low and middle income countries.1 In the UK it affects about four million adults (6% of the population), and if nothing changes this will grow to about five million by 2025.2 And new figures released this week by Diabetes UK show that in England and Wales nearly 7000 people under age 25 now have type 2 diabetes (doi:10.1136/bmj.k4929).
With such numbers, diabetes in one form or another now makes up a substantial part of any doctor’s day (doi:10.1136/bmj.k4723). So what can you do for your diabetic patients? Firstly, don’t call them that, says Judith Hendley (doi:10.1136/bmj.k3119). She wants to be identified as a person first and not as a diabetic patient, a label that reduces her “to someone with diabetes and nothing else.”
Secondly, consider your use of language generally. Hendley suggests avoiding questions such as “Are you well controlled?” She says, “This feels like a question about my behaviour and how ‘good’ I have been.” Better to ask open questions that don’t judge or make assumptions, for example: are you having any difficulties with your blood sugar at the moment, and what is most important to you right now? Such reframing may sound trivial, but, says Hendley, it “could make a big difference to how the people in front of you see themselves and their condition—and how they see you.”
As for the factors behind the global diabetes epidemic, there’s always more to learn. Analysis of data from two large cohorts of nurses confirms the key role of unhealthy lifestyles (doi:10.1136/bmj.k4641). A systematic review looks specifically at the effect of fructose on glycaemic control and concludes that this depends on the source of fructose and how much extra energy it provides (doi:10.1136/bmj.k4644). Sweetened drinks and some other foods that add excess “nutrient poor” energy were most likely to adversely affect glycaemic control.
Weight loss is essential for management of diabetes and can lead to remission, but once achieved it can be hard to maintain. In what may be a ground breaking randomised trial, Cara Ebbeling and colleagues found that energy expenditure was higher when people ate a low carbohydrate diet during weight loss maintenance (doi:10.1136/bmj.k4583). People randomised to a high carbohydrate diet had higher concentrations of the hormone ghrelin, which is thought to reduce energy expenditure.
Ultimately the burden of diabetes is unsustainable. While patients and health professionals manage as best they can, the real and urgent solutions rest with our governments.
Follow BMJ Editor Fiona Godlee on Twitter @fgodlee and the BMJ @bmj_latest
Eingestellt von schiwagos Blog um 13:16 Keine Kommentare: 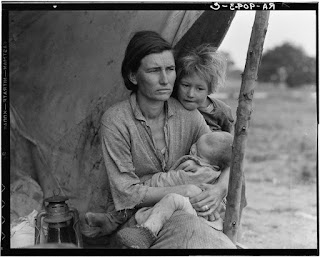 What we must learn from mesh

Fiona Godlee, The BMJ
What can we learn from the shameful story of vaginal mesh? That thousands of women have been irreversibly harmed; that implants were approved on the flimsiest of evidence; that surgeons weren’t adequately trained and patients weren’t properly informed; that the dash for mesh, fuelled by its manufacturers, stopped the development of alternatives; that surgeons failed to set up mesh registries that would have identified complications sooner; and that the National Institute for Health and Clinical Excellence and the UK regulators let them off the hook (doi:10.1136/bmj.k4137, doi:10.1136/bmj.k4164). As our editorial says (doi:10.1136/bmj.k4231), unless mandatory national registries are now established another mesh tragedy is inevitable.
The mesh story tells us something else: the extent to which surgeons, researchers, and professional bodies are entangled with the device manufacturers. This is nothing new. Indeed discussion of it will be as tediously familiar to most readers of The BMJ as it is to us editors. But we make no apology for raising it again. Why? Because of the evidence that researchers’ conclusions and clinicians’ decisions are influenced in favour of their sponsors’ products. If this were not the case, why would manufacturers spend the money? GlaxoSmithKline has just confirmed the usefulness of paid opinion leaders by reinstating payments to clinicians who speak and write about its products (doi:10.1136/bmj.k4157).
So I have two questions. First, should clinicians and researchers take money from industry? My answer is no. We don’t allow judges or journalists to take money from the people they are judging or reporting on. Doctors should be equally independent in their advice to patients. This is why, uniquely among the major medical journals, The BMJ ensures that the authors of clinical education articles and editorials are free from relevant financial interests (doi:10.1136/bmj.g7197). As for industry sponsored research, we welcome the call by Paula Rochon and colleagues for journals to ensure that academic authors retain full control of the process (doi:10.1136/bmj.k4224).
Second, given that doctors and researchers do take money from the industry, should the details be readily available to patients and the public? My answer is yes. Jonathan Gornall found this wasn’t the case with mesh (doi:10.1136/bmj.k4164), despite NHS guidance on declaration of financial interests. NHS trusts are catching up with their responsibilities, but slowly. The Association of the British Pharmaceutical Industry’s database is voluntary and therefore ultimately ineffectual. The device industry’s equivalent body, the Association of British HealthTech Industries, has refused to take even this baby step. The GMC has been asked to establish a register of doctors’ interests (doi:10.1136/bmj.h396) but shows no signs of doing so.
In the US the Sunshine Act hasn’t solved the problem (doi:10.1136/bmj.k4151) but it has put doctors on notice (http://bit.ly/2C94j6G). Other countries should follow this lead.
Follow BMJ Editor Fiona Godlee on Twitter @fgodlee and the BMJ @bmj_latest
Eingestellt von schiwagos Blog um 19:54 Keine Kommentare:

End the culture of fear in healthcare

Navjoyt Ladher, The BMJ
A key finding of the independent report into deaths at Gosport War Memorial Hospital, where around 600 people received fatal and medically unjustified doses of opioids, was a hospital culture of uncritical deference to doctors and a fear of raising concerns. In an essay this week Philip Darbyshire and David Thompson issue an urgent call for the report to serve as a tipping point in ending professional hierarchies in clinical practice (doi:10.1136/bmj.k4270). Subservience and deference, endemic in health systems, are harming patients, they say, with professionals fearing retribution, disapproval, career limiting consequences, and worse if they dare to question or challenge colleagues.
How do we begin to dismantle the deeply embedded hierarchies of status and profession? Darbyshire and Thompson find answers in the existing evidence base for strong leadership to create safe, open, questioning healthcare organisations, where patients and families are included in decisions, and bad behaviour is not tolerated, no matter the rank. “We do not need more research,” they argue, “we need more leaders with the courage and creativity to implement what we already know.”
Courageous and creative leadership is essential to tackle issues discussed elsewhere in The BMJ, be that taking action on climate change (doi:10.1136/bmj.k4410), providing healthcare to forced migrants (doi:10.1136/bmj.k4200), having honest conversations about what intensive care can achieve (doi:10.1136/bmj.k4135), or dealing with the drivers of chronic diseases, such as diabetes. On this last point, a feature this week looks at the emerging specialty of lifestyle medicine (doi:10.1136/bmj.k4442). Practitioners use behavioural approaches to encourage change in diet, physical activity, sleep, stress management, and substance use. It offers a promising and sustainable approach to treating and preventing disease and is increasingly becoming part of the medical student’s curriculum. Critics say, however, that it needs to prove it can truly make a difference to patients’ lives, particularly in the context of wider social determinants of health.
The importance of preventive approaches in health is reflected in the inclusion of “prevention and lifestyle” as one of six new categories in The BMJ Awards next year (doi:10.1136/bmj.k4434). The awards, now in their 11th year, celebrate excellence in UK healthcare. Do enter, or nominate a colleague, if you have a project worthy of recognition (thebmjawards.bmj.com).
Follow BMJ Editor Fiona Godlee on Twitter @fgodlee and the BMJ @bmj_latest
Eingestellt von schiwagos Blog um 19:30 Keine Kommentare: 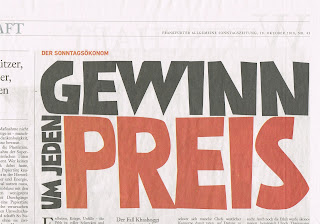 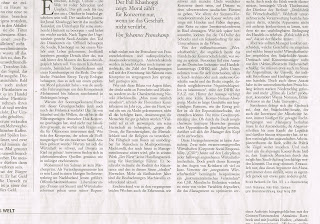 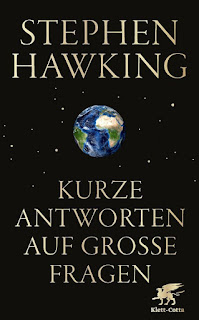 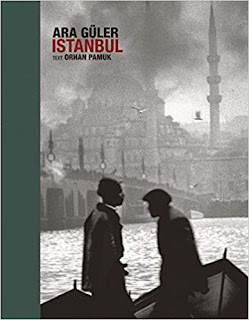 Margaret McCartney: A summary of four and a half years of columns in one column 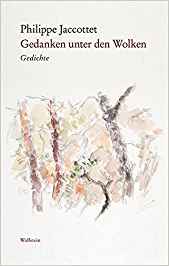 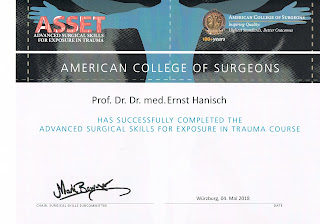 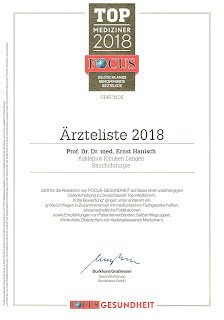 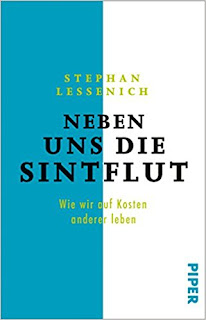 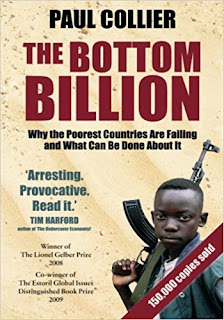 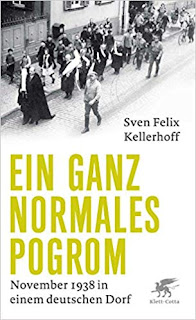 Love is a loosing game 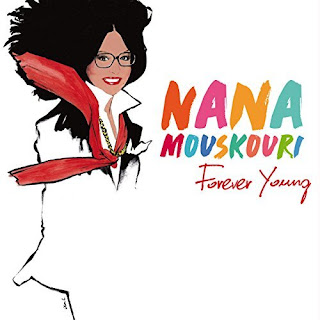 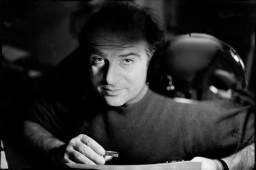 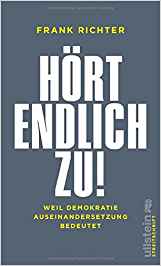 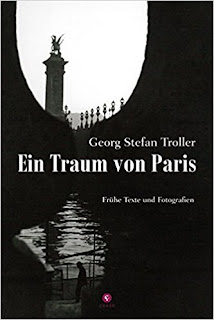 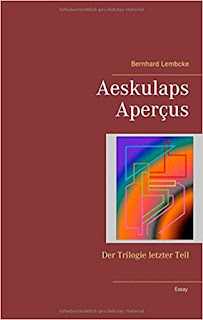 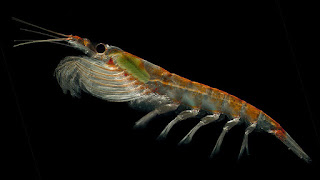 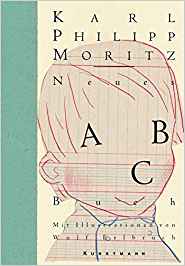 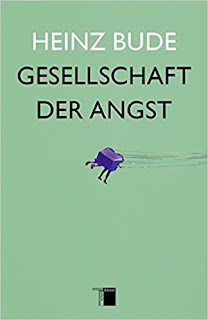 I love to bring fresh perspectives into my books by applying knowledge and experience from many different disciplines, as well as from “real world” experiences.
Mehr
Eingestellt von schiwagos Blog um 18:05 Keine Kommentare: 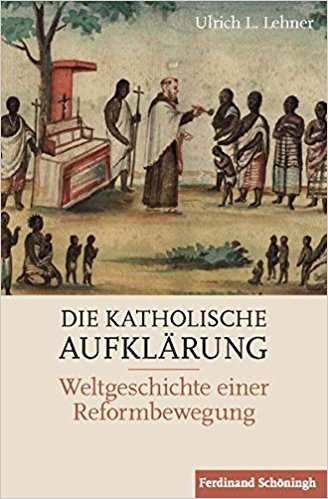 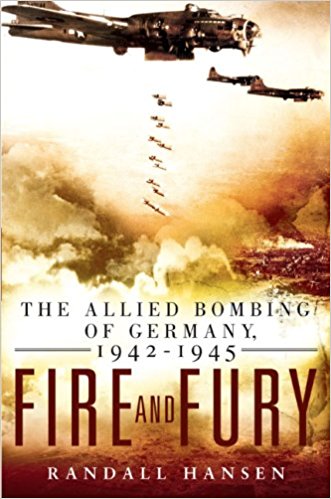 „Do Not Go Gentle Into That Good Night“

This year, the Science video team created a record 179 videos on topics from the shape of the electron to quantum satellites. Below is a rundown of the most viewed and the most loved from the year. To see all of Science’s video offerings, visit our YouTube channel.