Every medical student knows that the greatest improvements in human health have had little to do with clinical medicine. In the industrialised world the biggest leaps in life expectancy happened in the 19th and early 20th centuries, well before the advent of modern medicine. They were largely attributable to improved nutrition, sanitation, vaccination, and education. In low income countries, medicine will struggle to deliver gains in life expectancy without enough of these things. And now, in addition to the ever present dangers of pestilence and war, human health is threatened by late 20th and early 21st century plagues—the excessive consumption of salt, sugar, transfats, tobacco, and alcohol. Where then should we be looking for the next leap forward in human health?
The answer, in the UK at least, seems to be the purveyors of these commodities, including the manufacturers and marketers of fast food and alcohol. As Jacqui Wise describes (doi:10.1136/bmj.c6691), the new committees, "charged with ‘creating a new vision for public health,’ are packed with industry representatives from companies such as McDonald’s, PepsiCo, and Kellogg’s."
Meanwhile, the government has dropped the traffic light food labelling scheme, and it may overturn the ban on cigarette vending machines and point of sale advertising of tobacco agreed by the previous government. It has also handed to industry the marketing of its healthy living campaign, Change4Life.
The government has reasons for doing this. It believes in individual choice and engagement with industry, and Nigel Hawkes is in favour (doi:10.1136/bmj.c6743). The last government’s record on public health was nothing to shout about, he says, and naysayers should stop being so wet and get with the programme. The Faculty of Public Health has done so by agreeing to serve on the new committees. But it sounds like they had little choice. From in Wise’s article, their president’s discomfort is palpable.
Can we agree at least that we all want better public health, defined here as healthier, happier people living longer? And that any disagreement arises from uncertainty over how best to achieve that? If so, this is where evidence comes in handy. Policy decisions that go against good evidence must be acknowledged to be ideological rather than rational. Well this week we have some evidence—published in the BMJ’s sister journal Tobacco Control (doi:10.1136/tc.2010.039602). Quinn and colleagues report on the impact of Ireland’s ban on tobacco displays in shops. They found that this hasn’t harmed business and has helped young people to quit smoking. In light of this evidence the BMA’s Vivienne Nathanson, quoted by Wise, says that the government’s decision on tobacco displays will be an important marker of its intentions on public health. Martin McKee, a professor of European Public Health, says that the evidence on food labelling is "unequivocal." The government’s decision to drop the traffic light scheme is "the clearest possible indication that the food industry is in the driving seat."
I’ve been around this subject almost as long as Nigel Hawkes has (BMJ 1996;312:1239) and, like Alan Maryon-Davies (also quoted by Wise), have watched as voluntary agreements with industry have failed. Maryon-Davies says they have to be backed by the threat of regulation. Which industry representative on our new committees will vote for that?
Fiona Godlee
Cite this as: BMJ 2010;341:c6758
Eingestellt von schiwagos Blog um 10:37 Keine Kommentare:

In Our Name - Coping after Combat

In Our Name is spirited and purposeful. Welsh paces the film superbly and packs it with menace. Froggatt is excellent, particularly in moments of tortured silence. When she plots her escape from Mark, she does so with the blank expression of someone deadened by danger. The whole thing is reminiscent of a passage in The Good Soldiers (2009), David Finkel's compelling account of the mayhem-filled days of 2007 Baghdad, written from the perspective of a US infantry battalion. “How can anybody kill and function normally afterward? Or see someone get killed and function normally afterward?” a jaded sergeant asks the author, after his platoon has witnessed one of their number burn to death in a roadside bomb attack. “It's not the human response”, he adds.
Mehr
Eingestellt von schiwagos Blog um 10:30 Keine Kommentare: 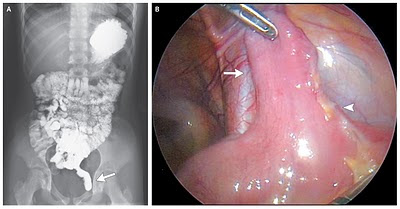