Warning: a hard habit to break...

WHO REPORT ON THE GLOBAL TOBACCO EPIDEMIC 2011

Tobacco use continues to be the leading
global cause of preventable death. It
kills nearly 6 million people and causes
hundreds of billions of dollars of economic
damage worldwide each year. Most of these
deaths occur in low- and middle-income
countries, and this disparity is expected
to widen further over the next several
decades. If current trends continue, by 2030
tobacco will kill more than 8 million people
worldwide each year, with 80% of these
premature deaths among people living in
low- and middle-income countries. Over the
course of the 21st century, tobacco use could
kill a billion people or more unless urgent
action is taken. 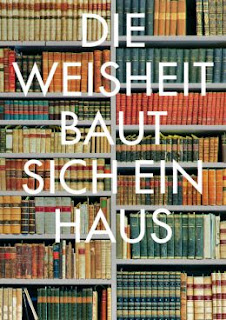 Health providers in Western countries are adopting “open disclosure” policies that promote the discussion of healthcare incidents with patients.1 2 3 4 5 Studies using hypothetical designs have suggested that a gap exists between clinicians’ and patients’ views of what is appropriate incident disclosure. Clinicians tend to consider unexpected clinical outcomes as less serious and therefore less in need of disclosure than do patients.6 Clinicians also err on the side of caution, whereas patients expect openness and admission of responsibility.7 Such breakdowns in the disclosure process exacerbate the distress patients experience from the event itself.
Mehr
Eingestellt von schiwagos Blog um 11:17 Keine Kommentare: 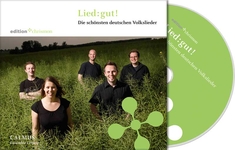 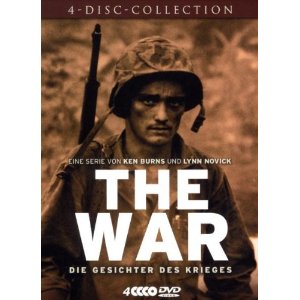 Guidelines We Can Trust

When treating patients, doctors and other healthcare providers often are faced with difficult decisions and considerable uncertainty. They rely on the scientific literature, in addition to their knowledge, experience, and patient preferences, to inform their decisions. Clinical practice guidelines are statements that include recommendations intended to optimize patient care. They are informed by a systematic review of evidence and an assessment of the benefits and harms of alternative care options.

Diet and risk of diverticular disease in Oxford cohort of European Prospective Investigation into Cancer and Nutrition (EPIC): prospective study of British vegetarians and non-vegetarians)
http://www.bmj.com/cgi/doi/10.1136/bmj.d4131
Editorial: Diet and risk of diverticular disease
http://www.bmj.com/cgi/doi/10.1136/bmj.d4115
Vegetarians are a third less likely to get a common bowel disorder (diverticular disease) than their meat eating counterparts, finds a new study published on bmj.com today.
Diverticular disease has been termed a "disease of western civilisation" because of the higher numbers of cases in countries like the UK and the US compared with parts of Africa. The condition affects the large bowel or colon and is thought to be caused by not consuming enough fibre. Typical symptoms include painful abdominal cramps, bloating, wind, constipation and diarrhoea.
Previous research has suggested that a low fibre diet could lead to diverticular disease, and that vegetarians may have a lower risk compared with meat eaters, but there is little evidence to substantiate this.
So Dr Francesca Crowe and her team from the Cancer Epidemiology Unit at the University of Oxford set out to examine the link between a vegetarian diet and intake of dietary fibre with the risk of diverticular disease.
Their findings are based on 47,033 generally health conscious British adults who were taking part in the European Prospective Investigation into Cancer and Nutrition (EPIC)-Oxford study. Of those recruited, 15,459 reported consuming a vegetarian diet.
After an average follow-up time of 11.6 years, there were 812 cases of diverticular disease (806 admissions to hospital and six deaths). After adjusting the factors such as smoking, alcohol and body mass index (BMI), vegetarians had a lower risk of diverticular disease compared with meat eaters.
Furthermore, participants with a relatively high intake of dietary fibre (around 25g a day) had a lower risk of being admitted to hospital with or dying from diverticular disease compared with those who consumed less than 14g of fibre a day.
Consuming a vegetarian diet and a high intake of dietary fibre are both associated with a lower risk of diverticular disease, say the authors. The 2000-1 UK National Diet and Nutrition Survey showed that 72% of men and 87% of women were not meeting the recommended average intake for dietary fibre of 18 g per day and so the proportion of cases of diverticular diseases in the general population attributed to a low fibre diet could be considerable, they add.
These findings lend support to the public health recommendations that encourage the consumption of foods high in fibre such as wholemeal breads, wholegrain cereals, fruits and vegetables, they conclude.
In an accompanying editorial, researchers from Nottingham University Hospital discuss the implications for the health of the population and the individual.
Based on these findings, David Humes and Joe West estimate that "about 71 meat eaters would have to become vegetarians to prevent one diagnosis of diverticular disease."
They add: "Overall the opportunity for preventing the occurrence of diverticular disease and other conditions, such as colorectal cancer, probably lies in the modification of diet, at either a population or an individual level." However, they stress that "far more evidence is needed before dietary recommendations can be made to the general public."
Contacts:
Research: Francesca Crowe, Nutritional Epidemiologist, Cancer Epidemiology Unit, Nuffield Department of Clinical Medicine, University of Oxford, UK
Email: francesca.crowe@ceu.ox.ac.uk
Editorial: Joe West, Clinical Associate Professor and Reader in Epidemiology, Division of Surgery, Nottingham University Hospitals NHS Trust, Nottingham, UK
Email: joe.west@nottingham.ac.uk
Eingestellt von schiwagos Blog um 09:59 Keine Kommentare:

A 50-year-old woman comes to your office for evaluation of a vasculitic-appearing cutaneous eruption of unknown duration on the lower extremities. Her medical history includes heavy smoking with subsequent chronic obstructive pulmonary disease (COPD). Findings from a general physical examination show her to be a cachectic woman who appears older than her stated age. Cutaneous examination reveals a perifollicular, hyperkeratotic purpuric eruption on her lower extremities

Through her eyes - I will hold your hand myself

...When she was in her sixties, Elizabeth developed rectal cancer. When she learned that the surgery for her rectal cancer would require her to be under anesthesia, almost upside down in the operating room, and touched exactly
where her father had touched her many years before, Elizabeth’s vulnerability and fear were unleashed. Elizabeth summoned up all of her courage and asked to meet with her surgeon.
She told him about her past with her father and asked if it would be possible for a nurse to accompany her into the operating room and hold her hand until the anesthesia took effect.
The surgeon looked at her quietly and said, “I will hold your hand myself,” and on the day of the operation, he did.
Through an honest discussion, understanding on the part of the clinician, and physician-patient collaboration, Elizabeth no longer faced surgery with terror, but instead with an ally.

This latest report by Kate Clark, Senior Analyst with the Afghanistan Analysts Network (AAN), discusses the Taleban Code of Conduct or the Layha. The latest Layha was issued a year ago, and the two previous in 2006 and 2009. Each new version of the Code has been longer, more detailed and more polished. The Layha is a rule book for the Taleban, but it is also an aspirational document, projecting an image of an Islamic and rule-bound jihad and a quasi-state.
Mehr
Eingestellt von schiwagos Blog um 09:05 Keine Kommentare:

The U.S. Food and Drug Administration today issued an updated safety communication warning health care providers and patients that surgical placement of mesh through the vagina to repair pelvic organ prolapse may expose patients to greater risk than other surgical options.
The safety communication also says that with the exposure to greater risk comes no evidence of greater clinical benefit such as improved quality of life.
Pelvic Organ Prolapse (POP) occurs when the internal structures that support the pelvic organs such as the bladder, uterus and bowel, become so weak or stretched that the organs drop from their normal position and bulge or prolapse into the vagina. While not a life-threatening condition, women with POP often experience pelvic discomfort, disruption of their sexual, urinary, and defecatory functions, and an overall reduction in their quality of life.
Surgery to repair POP can be performed through the abdomen or transvaginally, through the vagina, using stitches, or with the addition of surgical mesh to reinforce the repair and correct the anatomy.
”There are clear risks associated with the transvaginal placement of mesh to treat POP,” said William Maisel, M.D., M.P.H., deputy director and chief scientist of the FDA’s Center for Devices and Radiological Health. “The FDA is asking surgeons to carefully consider all other treatment options and to make sure that their patients are fully informed of potential complications from surgical mesh. Mesh is a permanent implant -- complete removal may not be possible and may not result in complete resolution of complications.”
Mehr
Eingestellt von schiwagos Blog um 21:57 Keine Kommentare:

The Paradox of Positive Thinking

Although his symptoms had been festering for months, it was not until James sank his teeth into a peanut butter and jelly sandwich that he finally knew with certainty that something was horribly wrong. His nose had been draining incessantly, but numerous evaluations and attempts at treatment—including a septoplasty and course after course of antibiotics—had not solved the problem. He kept smiling his increasingly crooked smile while explaining himself to a multitude of physicians. Eventually, on that fateful day, James felt a sharp twinge while taking a bite and quickly pulled the sandwich out of his mouth. He inspected the slice of bread and found one of his teeth buried inside of it.
Mehr
Eingestellt von schiwagos Blog um 11:05 Keine Kommentare:

The ‘Arabick’ roots of knowledge were significant at the founding period of the Royal Society. English philosophers showed continued appreciation for the classical science of the Arabic and Islamic worlds and interest in its living knowledge; they used both as sources for their research.

When I entered medical school in 1997, I joined a generation of doctors that was supposed to practice evidence-based medicine. First in small groups, and later during clinical rotations, we learned to interpret the medical literature and apply the conclusions of randomized, controlled trials to our clinical decision making. Working within this new paradigm, we were going to rise above the apprentice-based training of our forbears and make decisions on the basis of gold-standard, Level I evidence.