Research: Longitudinal analysis of sleep in relation to BMI and body fat in children: the FLAME study
http://www.bmj.com/cgi/doi/10.1136/bmj.d2712
(Editorial: Is prolonged lack of sleep associated with obesity?)
http://www.bmj.com/cgi/doi/10.1136/bmj.d3306
Young children who do not get enough sleep are at increased risk of becoming overweight, even after taking account of lifestyle factors, finds a study published on bmj.com today.
Several studies have shown a relatively consistent relation between shorter sleep duration and increased body weight in children, but doctors are still not sure how sleep and body composition interact in early childhood and whether this shows cause and effect.
So a team of researchers in New Zealand set out to investigate whether reduced sleep is associated with differences in body composition and the risk of becoming overweight in young children.
They identified 244 children who were taking part in The Family Lifestyle, Activity, Movement and Eating (FLAME) study in Dunedin, New Zealand.
Each child's weight, height, body mass index (BMI), and body composition were measured every six months from 3 to 7 years of age. Sleep habits and physical activity levels were assessed by accelerometry (the children wore a belt carrying a device that monitors body movement) and dietary intake by questionnaire at 3, 4 and 5 years.
Other factors, such as birth weight, mothers' education, income, BMI, smoking during pregnancy and ethnicity were also recorded because of known links with BMI in children.
Average sleep duration was about 11 hours per day at all three ages.
The results show that young children who sleep less are at a significantly increased risk of having a higher BMI by age 7, even after controlling for other risk factors that have been implicated in body weight regulation.
Each additional hour of sleep per night at age 3 to 5 years was associated with a reduction in BMI of 0.49 and a 61% reduction in the risk of being overweight or obese at age 7.
In a child of average height, this corresponds to a difference of 0.7kg body weight. While this might seem minor at an individual level, the benefits for public health, if applied at the population level, are considerable, say the authors.
More importantly perhaps, the reductions in BMI were due to differences in fat mass, rather than any effect on fat-free mass, showing that poor sleep has negative effects on body composition.
They suggest that reduced sleep may increase dietary intake and may also influence energy expenditure, leading to reduced exercise.
In conclusion, it appears that sleep is an important determinant of future body composition in young children, say the authors. They recommend that appropriate sleep habits should be encouraged in all children as a public health measure, and call for more studies to determine whether more sleep or better sleeping patterns impact favourably on body weight and other health outcomes.
This view is supported in an accompanying editorial by Professor Francesco Cappuccio and Associate Professor Michelle Miller from the University of Warwick. They say that, not only may prolonged lack of sleep be a direct contributor of overweight and obesity in children, it could also have other effects on long term health.
They call for future research to explore new behavioural methods to prolong children and adults' sleeping time, and suggest that, in the meantime, it would do no harm to advise the general public of all ages that a sustained curtailment of sleeping time might contribute to long term ill-health in both adults and children.
Contacts:
Research: Rachael Taylor, Karitane Research Associate Professor in Early Childhood Obesity, Department of Human Nutrition, Dunedin, New Zealand
Email: rachael.taylor@otago.ac.nz
Editorial: Francesco Cappuccio, Cephalon Chair of Cardiovascular Medicine and Epidemiology, University of Warwick, Warwick Medical School, Coventry, UK
Email: f.p.cappuccio@warwick.ac.uk
For more information please contact: Emma Dickinson
Tel: +44 (0)20 7383 6529
Email: edickinson@bmjgroup.com
Eingestellt von schiwagos Blog um 08:56 Keine Kommentare:

The trouble with medical devices

In 1993 a BMJ editorial warned of the "fashion trade" in joint replacements (BMJ 1993;306:732). It said this was costing health services many millions of pounds each year and causing patients pain and distress through early failure of unproved implants. This week an investigation by the BMJ and Channel 4 Dispatches shows how right this view was and how little has changed.

As Deborah Cohen describes (doi:10.1136/bmj.d2905), one particular "metal on metal" hip implant has been used in more than 93 000 patients since its approval in Europe in 2003. It was withdrawn last year. In the intervening years, the manufacturer ignored concerns raised by surgeons and registries about its high rate of failure and high concentrations of metal ions in patients’ blood. The device didn’t make it past some regulators outside Europe where safety checks are more demanding. But until it was forced to acknowledge the damage to patients, the UK regulator did nothing.
The story makes uncomfortable reading. It shows how poorly we evaluate and regulate medical devices (doi:10.1136/bmj.d2748). It shows the flaws in a system that, as Nick Freemantle comments (doi:10.1136/bmj.d2839), might be ok for toasters and kettles but is completely inadequate for treatments that affect patients’ quality of life and can cause their death. It also shows, as Matthew Thompson and colleagues describe, the lack of transparency over what tests are done before a device is approved (doi:10.1136/bmj.d2973). A recent study in the United States analysed data on devices recalled from the market. In their study just published in BMJ Open (http://bmjopen.bmj.com/content/early/2011/05/12/bmjopen-2011-000155.abstract), Thompson and colleagues tried to replicate the study in the UK. They found it impossible. The US Food and Drug Administration publishes a list of devices on the market and says what regulatory processes these had passed through. No such information is available from the UK’s Medicines and Healthcare products Regulatory Agency. The Freedom of Information Act is trumped by laws that protect commercial confidentiality.
This story also forces us to confront the extent to which surgeons are entangled with device manufacturers. As Peter Wilmshurst says in his editorial, if we thought competing interests were a problem in drug prescribing, their effect on medical devices is far worse (doi:10.1136/bmj.d2822). Are these close relations inevitable? Surgeons’ technical skill and experience are essential to the iterative development of devices. How should they manage their relations with device companies? Should they be involved in evaluation? Should they be allowed to promote devices for which they hold shares and stock options?
John Skinner and Peter Kay explain what advice to give to patients with metal on metal hip implants (doi:10.1136/bmj.d3009). But what’s to be done about the wider problem? Although C Di Mario and colleagues make the case against more regulation (doi:10.1136/bmj.d3021), it’s clear that Europe’s regulatory processes need urgent overhaul. Stefan James and colleagues say we need more and better registries collecting consecutive patient data (doi:10.1136/bmj.d2826), and Alan Fraser and colleagues call for international collaboration on clinical standards (doi:10.1136/bmj.d2952). They also say, and I agree, that the medical profession must accept some responsibility. "Too few physicians have taken an interest in the regulatory processes governing medical devices."
Cite this as: BMJ 2011;342:d3123
Eingestellt von schiwagos Blog um 13:50 Keine Kommentare: 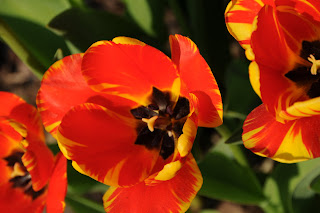