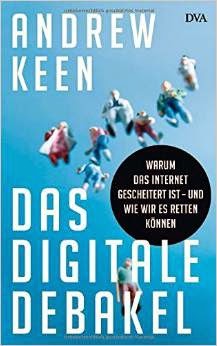 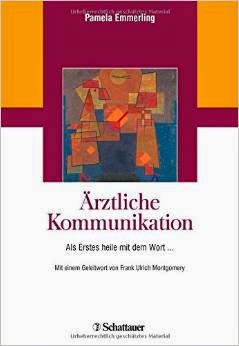 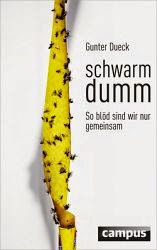 eloder@bmj.com
We have grown accustomed to allegations of conflicts of interest, biased research, and manipulative marketing on the part of the drug industry. Valentine’s Day is a good time to spare a thought for the same problems as they involve the sugar industry. In a BMJ investigation this week Jonathan Gornall examines the not so sweet side of what might be called "Big Sugar": large food companies whose products include sugary foods (doi:10.1136/bmj.h231). Using methods that seem borrowed wholesale from the pharma playbook, they provide consultancies and research support to prominent scientists who also work on nutrition issues for the UK government.
Such strategies mirror those of the drug industry, and the arguments used to defend these associations are strikingly similar. Engagement with the private sector is desirable because it enables "more rapid transfer of the best ideas into new interventions," and scientists are using the money for "important pieces of research." These things may well be true. The existence of such financial connections is not evidence of "research malpractice." It does, however, contribute to perceptions that nutrition science might be for sale.
Perceptions about the trustworthiness of nutritional research matter because consensus has not been achieved on the extent to which sugar contributes to health problems or what should be done about it. Is sugar "pure, white, and deadly," as the late John Yudkin suggested well over 40 years ago (doi:10.1136/bmj.e8612)? Much evidence points in that direction (Curr Diab Rep2012;12:195-203; Am J Clin Nutr 2014;100:65-79). But which way does the causation run? Are we hardwired to crave sweet things? Or do we crave sugary treats because we are manipulated to do so? Policy initiatives to curb sugar intake will be developed on the basis of research on these questions. To gain public cooperation the science must be above reproach.
Sadly, this is not the only area where there is reason to be concerned about corporate influences on public policy. Crowcroft and colleagues examine the controversy over the UK government decision on public funding for a new vaccine (Bexsero) for meningococcal disease (doi:10.1136/bmj.h308). The problems they outline are all too familiar: "lobbying may have influenced the alteration" of the original decision. Links between some "vocal clinicians" and the drug industry were not disclosed. The lack of transparency makes it unsurprising that "conspiracy theories emerged, including the idea of undue influence of industry."
This piece could not be timelier, published as it is in the midst of a large US outbreak of the vaccine preventable disease measles (doi:10.1136/bmj.h622). Powerful commercial interests will advocate widespread use of any new vaccine they develop, even when the benefits do not justify the cost. They may pursue these arguments in ways that undermine public trust in vaccination in general. A cynical public won’t accept that general vaccination is vital for some potent diseases if they believe that vaccines of questionable benefit are being promoted for profit. Crowcroft and colleagues’ conclusion about the lesson of the Bexsero affair should be heeded by all medical researchers, including those in the field of nutrition science: "We risk losing public trust . . . by allowing people with close links to industry to be involved in decision making." Put another way, we cannot expect the public to have confidence in science that seems to be for sale.

Medical corruption in the UK

Fiona Godlee, editor in chief, The BMJ
fgodlee@bmj.com
Last year The BMJ launched an international campaign against corruption in healthcare. A single article was the spark: a personal view about the endemic culture of kickbacks to doctors in India (doi:10.1136/bmj.g3169). The campaign received widespread support from Indian doctors and the media, and it seems to have led to some positive change, if not yet enough. In an unprecedented move India’s then health minister acknowledged that corruption was a big problem. The government set up a special committee and has banned gifts to doctors and conference sponsorship by drug companies. The Indian Medical Association is working on a new code of medical ethics for private hospitals. And the Medical Council of India, which regulates India’s doctors, has committed itself to act against any doctors reported to have received kickbacks.
A linked editorial made it clear that India was not alone in having a deeply embedded culture in medicine of tolerance to and even promotion of corruption (doi:10.1136/bmj.g3169). If anyone doubted this, recent news from the United States suggested that healthcare corruption was equally endemic there. On top of evidence that the US loses billions of dollars each year to medical embezzlement (http://econ.st/1BuAiFW), high profile cases are now making clear the mechanisms and the human cost. Six doctors in Chicago are currently being prosecuted for allegedly taking kickbacks. Their alleged crimes includes referring patients to hospital who didn’t need admission and performing unnecessary but lucrative tracheotomies, leading to avoidable deaths (doi:10.1136/bmj.h22).
Nor, sadly, is the United Kingdom immune. A BMJ investigation published this week reports clear evidence of UK doctors receiving covert financial inducements to refer patients to private hospital groups. Some London based doctors have benefited by tens, sometimes hundreds, of thousands of pounds (doi:10.1136/bmj.h396).
No doubt the beneficiaries will include some of the pillars of Britain’s medical establishment. Also no doubt most of those involved will believe that they themselves cannot be bought. But even if that were true, it is the perception of conflicts of interest that matters, as well as the reality. How many doctors enjoying free use of consulting rooms will have explained to a patient: "I am referring you to this hospital (or moving you to this other hospital) because I have a contract with them that rewards me for doing so"?
Some of the beneficiaries might argue that the UK’s General Medical Council has no specific guidance on private sector inducements, and they would be right. The GMC’s failure to provide such guidance, and its apparent reluctance to act on information about kickbacks that was presented to it in 2012, are the focus of a linked editorial (doi:10.1136/bmj.h474). But even without clear guidance or action from the GMC, it seems obvious that referral for any reason other than because the patient’s best interests require it contravenes professional ethics. Gornall reports that some doctors were offered inducements but declined for this reason. And one notable private hospital group keeps well away from inducements, preferring to compete on the quality of the service it provides.
The profession must take the lead to protect patients and maintain public trust. The GMC should act, and a public register of UK doctors’ financial interests is long overdue.
Cite this as: BMJ 2015;350:h506
Eingestellt von schiwagos Blog um 17:55 Keine Kommentare: 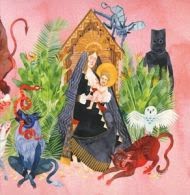 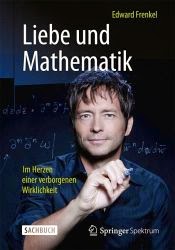 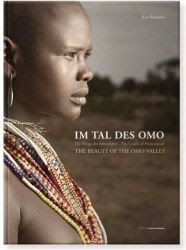 Why butter, meat, and cheese belong in a healthy diet 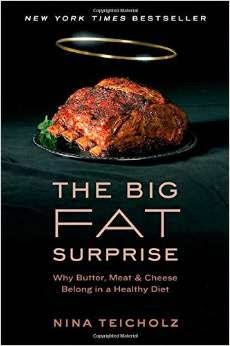