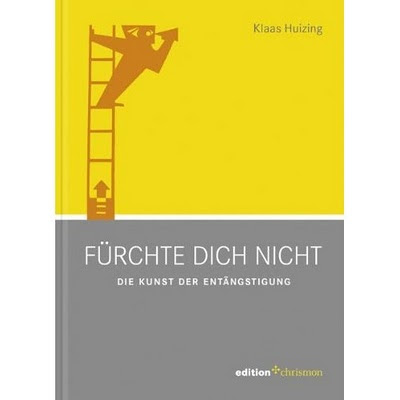 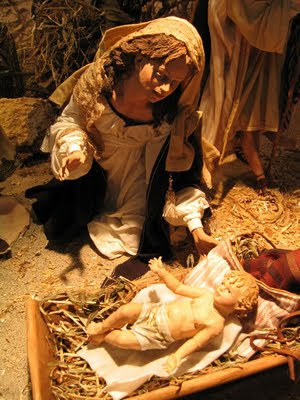 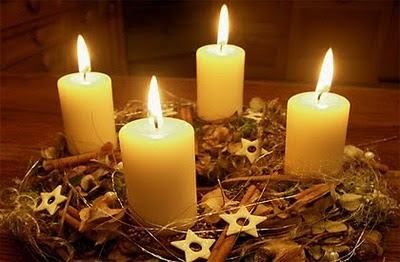 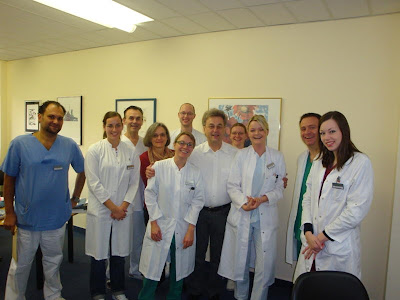 When I was a medical student a helpful anaesthetist explained that surgeons wore caps in theatre to stop the bright lights from transilluminating their skulls. Now an anaesthetist has lifted the lid and discovered that surgeons have brains very similar to those of higher primates, with surprisingly complex wiring. Apparently, anaesthetists’ brains differ markedly from surgeons’(doi:10.1136/bmj.b5490). Who would have thought?

While this is brand new research, readers will discover many articles in this issue with a historical theme—intentionally chosen to mark the year that our complete archive (1840-2009) was made available online. We’ve included a short description of the nine videos we commissioned to bring to life some of the important figures from the archive (doi:10.1136/bmj.b5439). They’re vieweable free at bmj.com/videos. And we publish the winners of our £1000 prize for the most interesting use of the archive. Tom Jefferson and Eliana Ferroni reviewed what the BMJ published on the Spanish flu 1918-1924, unearthing observations that may have lessons for today (doi:10.1136/bmj.b5313).

An otherwise healthy 48-year-old woman with no medical history presented to the emergency room with colicky abdominal pain, vomiting, and diarrhea of 2 days' duration. The results of a physical examination were unremarkable, and laboratory tests revealed a hemoglobin level of 14.9 g per deciliter and a white-cell count of 9900 per cubic millimeter. She was discharged with a diagnosis of presumed gastroenteritis. Three days later, the patient returned with persistent abdominal pain and nausea as well as newly occurring bilious vomiting. Computed tomography of her abdomen and pelvis revealed a loop of small bowel in the omental bursa (Panels A and B, arrowheads) and a widened foramen omentale (Panel B, arrow). On emergency laparotomy, a loop of jejunum was found to have herniated through the foramen omentale (Panel C, arrows). The loop of bowel was surgically reduced and enterolysis was performed. The patient had an uneventful recovery. Internal herniation through the foramen omentale should be considered when the bowel is seen within the omental bursa, which is normally vacant (Panel C, inset). Once herniation is diagnosed, surgical reduction is typically indicated to relieve the intestinal obstruction.
NEJM Volume 361:e57 December 17,2009 Number 25
Eingestellt von schiwagos Blog um 10:36 Keine Kommentare: 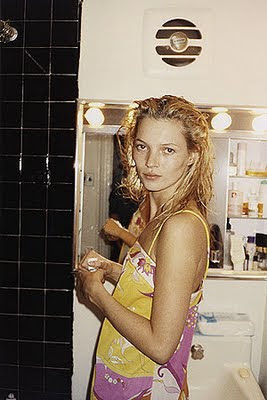 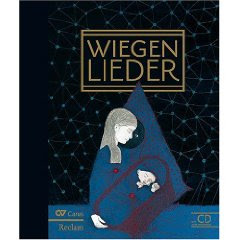 We want raw data, now
Fiona Godlee, editor, BMJ
fgodlee@bmj.com
This week’s BMJ is dominated by a cluster of articles on oseltamivir (Tamiflu) (doi:10.1136/bmj.b5351, doi:10.1136/bmj.b5387, doi:10.1136/bmj.b5106, doi:10.1136/bmj.b5164, doi:10.1136/bmj.b5248, doi:10.1136/bmj.b5364). Between them the articles conclude that the evidence that oseltamivir reduces complications in otherwise healthy people with pandemic influenza is now uncertain and that we need a radical change in the rules on access to trial data.
Briefly, in updating their Cochrane review, published this week (doi:10.1136/bmj.b5106), Tom Jefferson and colleagues failed to verify claims, based on an analysis of 10 drug company trials, that oseltamivir reduced the risk of complications in healthy adults with influenza. These claims have formed a key part of decisions to stockpile the drug and make it widely available.
Only after questions were put by the BMJ and Channel 4 News has the manufacturer Roche committed to making "full study reports" available on a password protected site. Some questions remain about who did what in the Roche trials, how patients were recruited, and why some neuropsychiatric adverse events were not reported. A response from Roche is published in our letters pages (doi:10.1136/bmj.b5364) and their full point by point response is published online (doi:10.1136/bmj.b5374).
Should the BMJ be publishing the Cochrane review given that a more complete analysis of the evidence may be possible in the next few months? Yes, because Cochrane reviews are by their nature interim rather than definitive. They exist in the present tense, always to be superseded by the next update. They are based on the best information available to the reviewers at the time they complete their review. The Cochrane reviewers have told the BMJ that they will update their review to incorporate eight unpublished Roche trials when they are provided with individual patient data.
Where does this leave oseltamivir, on which governments around the world have spent billions of pounds? The papers in this week’s journal relate only to its use in healthy adults with influenza. But they say nothing about its use in patients judged to be at high risk of complications—pregnant women, children under 5, and those with underlying medical conditions; and uncertainty over its role in reducing complications in healthy adults still leaves it as a useful drug for reducing the duration of symptoms. However, as Peter Doshi points out (doi:10.1136/bmj.b5164), on this outcome it has yet to be compared in head to head trials with non-steroidal inflammatory drugs or paracetamol. And given the drug’s known side effects, the risk-benefit profile shifts considerably if we are talking only in terms of symptom relief.
We don’t know yet whether this episode will turn out to be a decisive battle or merely a skirmish in the fight for greater transparency in drug evaluation. But it is a legitimate scientific concern that data used to support important health policy strategies are held only by a commercial organisation and have not been subject to full external scrutiny and review. It can’t be right that the public should have to rely on detective work by academics and journalists to patch together the evidence for such a widely prescribed drug. Individual patient data from all trials of drugs should be readily available for scientific scrutiny. 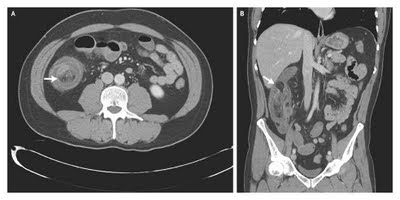 A 45-year-old man with no notable medical or surgical history presented with a 24-hour history of intense pain in the right side of the abdomen with associated nausea and vomiting. He reported having had similar but much less severe episodes during the previous 6 months. Results of initial laboratory tests were unrevealing. Physical examination showed moderate abdominal distention. Computed tomographic scans of his abdomen revealed an ileocecal intussusception (Panel A, arrow) with a pathologic mass, 2.5 cm in diameter, at the apex, also known as the lead point (Panel B, arrow). Diagnostic laparoscopy was performed, and the diagnosis of intussusception was confirmed. Laparoscopically assisted ileocecal resection with primary anastomosis was performed. Gross inspection of the specimen showed a pedunculated lipoma within the terminal ileum. The patient had a rapid recovery, with complete resolution of his symptoms.
NEJM Volume 361:e55 December 10,2009 Number 23
Eingestellt von schiwagos Blog um 09:30 Keine Kommentare:

An 87-year-old man with Parkinson's disease presented with a 7-day history of progressive abdominal distention and constipation. The physical examination revealed hypoactive bowel sounds and diffuse abdominal tenderness with rebound; there was no fever, abdominal rigidity, or guarding. Computed tomography showed a distended sigmoid colon that was looped in an inverted U (Panel A, arrows). The coronal view revealed dilated loops of colon with a central whirl sign (Panel B, arrow). The whirl results from the rotation of afferent and efferent bowel loops around the point of obstruction, resulting in a tightly twisted mesentery. Colonoscopy revealed the volvulus to be 25 cm from the anal verge; there was no evidence of gangrenous mucosa or masses. The colonoscope was passed through this area and into the dilated colon. Aspiration of gas immediately relieved the abdominal distention. Three days later, the patient returned to his nursing home. His constipation was treated with laxatives, and the volvulus has not recurred after 1 year.
Chen and Chuang NEJM 361 (10): 1009, Figure 1 September 3, 2009
Eingestellt von schiwagos Blog um 06:07 Keine Kommentare:

The Clinical Leadership Programme provides postgraduate qualifications in Clinical Leadership for healthcare professionals. The programme has been developed by BMJ Learning, the medical education division of BMJ Group, in partnership with The Open University (OU) Business School. 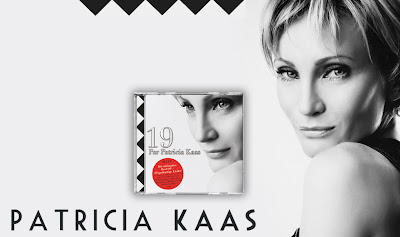 Barbara Streisand - Love is the answer 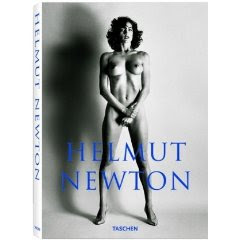 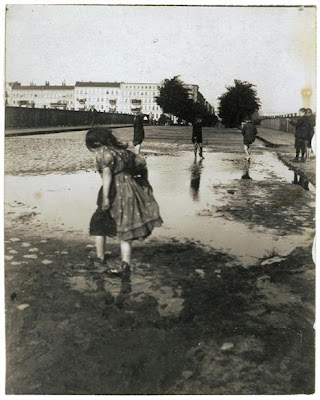